How to clear Route cache in Laravel 8

In this short snippet, you will learn how to clear your route cache and to allow new route changes to take effect on the front end.

To clear the route cache you can make use of the artisan command.
Running the command above will clear all of your route caches and any new route that you have just defined will be accessible from within the URL.

To call this route clear you can programmatically call the artisan command from your code.

How to Cache Laravel Route?

To cache Laravel route you can make use of the "route:cache" command.

How to Clear Views Cache in Laravel

How to Clear Application Cache in Laravel

Load comments for How to clear Route cache in Laravel 8 How to Install MySQL on macOS Monterey How to Automatically Delete Related Rows in Laravel Laravel Livewire groupBy and Method getKey does not exist? 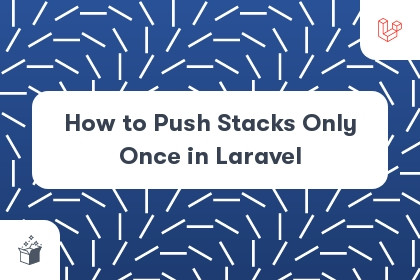 How to Push Stacks Only Once in Laravel